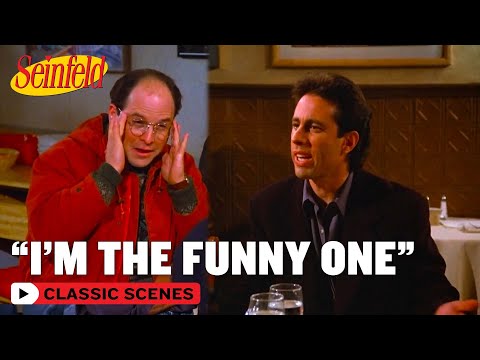 George Asks Jerry Not To Be Funny | The Visa | Seinfeld

“He never heard of corduroy!”

Season 4 Episode 15 ‘The Visa’: Jerry takes pity on a poor foreigner whose important immigration papers were mistakenly left in his unopened mailbox. But the luckless man swears vengeance when he is hustled away for deportation back to his native country.

Find your local listing | http://www.seinfeld.com/
Watch all 180 episodes of Seinfeld any time, only on Netflix | https://www.netflix.com/title/70153373
Watch weekdays at 4pm/3c on Comedy Central | https://www.cc.com

About Seinfeld:
Seinfeld stars Jerry Seinfeld as a stand-up comedian whose life in New York City is made even more chaotic by his quirky group of friends who join him in wrestling with life’s most perplexing, yet often trivial questions. Often described as “a show about nothing,” Seinfeld mines the humor in life’s mundane situations like waiting in line, searching for a lost item, or the trials and tribulations of dating. Co-starring are Julia Louis-Dreyfus as Jerry’s ex-girlfriend and current platonic pal, Elaine Benes; Jason Alexander as George Costanza, Jerry’s neurotic hard-luck best friend; and Michael Richards as Jerry’s eccentric neighbor, Kramer.

George Asks Jerry Not To Be Funny | The Visa | Seinfeld
https://bit.ly/OfficialSeinfeld