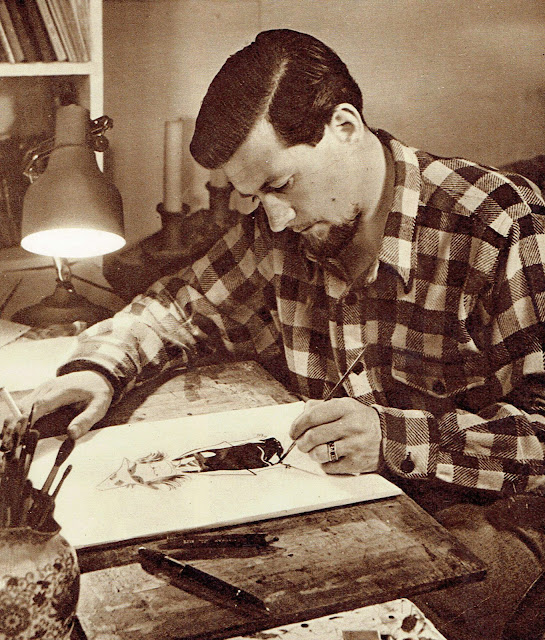 1954 Chelsea Arts Ball, London: decor by Ronald Searle on the theme of The Seven Seas: 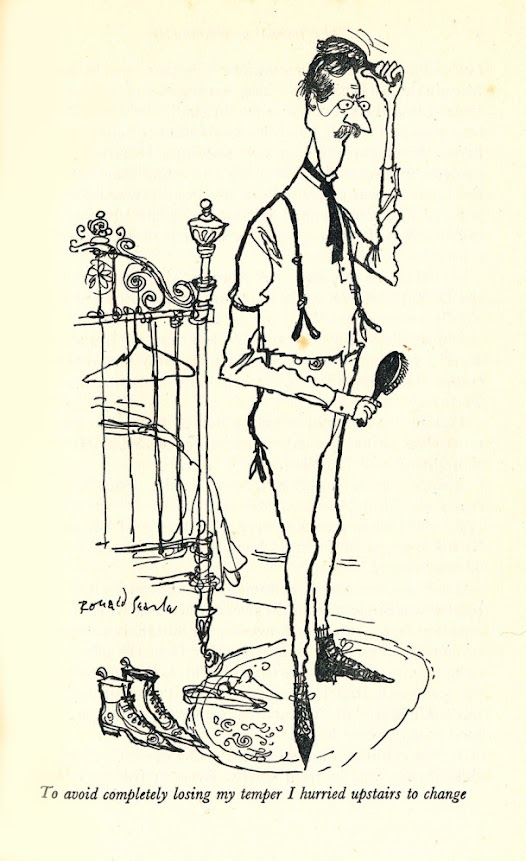 To avoid completely losing my temper I hurried upstairs to change